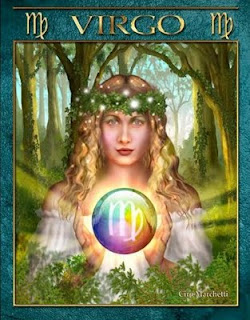 Virgo is the sign of the virgin, but you can't take the symbolism too seriously. Although there are lots of Virgo bachelors and spinsters, there are plenty who get married. The Virginal nature is a natural state for the Virgo, and they do not burst with fire and passion. Even though marriage is not their natural state, many of them are devoted to their families and work as a team with their spouses. A Virgo is usually the gentle, attractive man standing in the corner. He is neat and punctual. The Virgo girl is quiet, with beautiful soft eyes who is patient, neat, clean and organized. Virgos are very hardworking, and they are usually the ones who work late at the office. They are uncomfortable in big crowds. They are too busy to daydream and too tired to wish upon stars.

He always gives the impression that there is a serious problem on his mind that he is struggling to solve, or that he is secretly worried about something. Virgo eyes are so clear that you can see your reflection in them. They sparkle with intelligence and clarity of thought. Most of them are attractive with delicate lips, nose and ears. They are graceful and charming but very critical of themselves and fussy about photographs. You can catch them tidying themselves in front of a mirror when they feel that no one is looking. They are always dressed neatly, with no buttons or threads hanging anywhere. He appears to be fragile, but he's not. They can stand intense work for longer periods of time than the average person. They are generally calm and cool, but they have a lot of inner anxiety which upsets their digestion and emotional balance. A typical Virgo trait is to strain themselves to breaking point to fulfill obligations.

Virgos are dependable and sincere. But they are great at making excuses if they don't want to go somewhere, as they are great actors. He loves taking baths, some even take up to four baths a day. Even when he is in love, he has no illusions. He is particular about laziness and health issues. Even in love, he will never excuse any incompetence from his spouse. Since their ruling planet is Mercury, you can catch some witty one-liners from them and an irresistible charm. They get put off by vulgarity, stupidity or carelessness and then become nervous, irritable or scolding. But, most of the time they are genuinely nice people, who love to help, specially in hospitals. A Virgo nurse or doctor would be the best bet. An average Virgo will have a well-stocked medicine cabinet and will be the first one to cure a friend. He loves stocking up on soaps and shampoos and their routinely habits. Even on a holiday, they behave in the same manner; they never goof off. A Virgo may criticize you till you go wild, but when you're in a soup he'll make things alright in no time. His orderly mind can't stand procrastination, neglected details or confusion. He is the kind of guest who will help the hostess clean up after the party.

Virgos are quick to deny their habits and traits. He has a blindness to his faults and is unable to see his own weaknesses. They will deny that they are neat, and say that they are terrible sloppy. Many Virgos have a slight limp, or a peculiar and unusual quality to their walk or posture. You won't find them lavishly spending money. They are conservative in handling cash, and dislike accepting favours from others. They don't want to depend on anybody nor have any obligations. They are secretly afraid of old age, which will cause them to depend on others. He helps friends in trouble, but will not help beggars or 'good-for-nothings.' They labour hard for what they have and extravagance shocks them. They dislike spendthrifts and lazy people. Virgos are the most punctual of all the Sunsigns. If he says 'dinner at eight' then better be on time. They seem selfish, because they have the ability to firmly say 'no' to people. When he makes an error, be tactful, or you will lose a friend.They take good care of themselves, and are fussy about their body and their diet. But they could have problems of digestion, stomach, intestines and headaches. They are susceptible to chest congestion. Most of them are vegetarians because they are so caring and couldn't hurt a fly. They are like cats and birds, small and helpless.They like truth, economy and punctuality and dislike dirt, sloppiness and idleness. Virgos should wear platinum, as it compliments them and should wear green jade stones. His colours are beige, grey, navy blue, shades of green and white. His flower is the pure and alluring hyacinth. 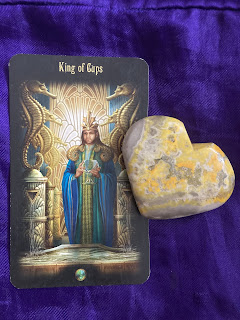