Anna Hazare and the Protest against Corruption

Anna Hazare is a social activist who recently has come into the news for fasting for 12 days at the Ramlila maidan for corruption. Are his intentions clear? What does he want? Will corruption ever end? Or will the Lokpal bill get passed? All these questions have their answers in the Tarot cards....

All opinions in this blog are what the Tarot has said and what I have received intuitively. They are NOT my own opinions.

I have asked the following questions using the Legacy of the Divine tarot cards :-

What are Anna Hazare's intentions? 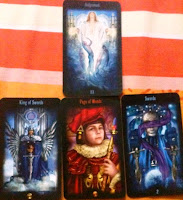 Anna Hazare is determined to get the bill passed. He is disciplined and has organized this whole protest single handedly. He is a true leader who can lead the people. He wants to bring about awakening and make people realize the truth. He wants justice for the poor and the middle class. Because of him, there will be the awakening of a new youth in the country. Youngsters will be deeply affected by this movement and many will join politics forming new parties. People will rise from their slumbers and try and make a difference. He intends to speed up the judiciary system so that everyone can receive justice.


Will the Congress party disappoint us? 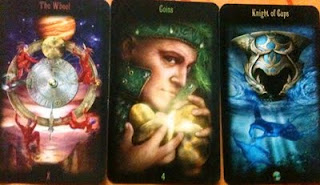 The Congress party is extremely corrupt. They have done a number of scams in the past and passed on money to different places. (I assume in the accounts of different officials all over the world) They have a lot of money but refuse to share it for the betterment of the country. All the power is in their hands. The future shows a bit of hope that the amount of corruption will reduce. There will be a leader who will offer to give some details of the corrupt officials. Anna Hazare is the peacemaker represented by the Knight of Cups. He is a loving man, a Number 6 born of the 15th of June. His name number also adds up to 33 i.e. 6. He loves peace and non violence. He will guide us towards a better future, exposing these corrupt people.

Will the Lokpal bill get passed? 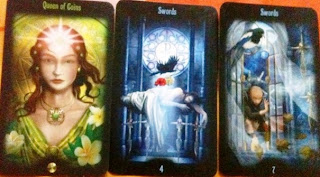 Everything is in the hands of the Queen of Coins, I assume Sonia Gandhi. She is all-powerful and all the money is under her control. For a very long time there will be no change in the bill. The bill will not get passed because there are so many things at stake for Sonia Gandhi. We also have the 7 of Swords, a very cunning and sly card. The people in charge of this are very shrewd and will not let go this easily. Anna is like a Christ figure, he will create a protest, but the results look bleek. I know this is a pessimistic reading, but it doesn't look like the Lokpal bill will get passed. Even if it seems to get passed, it will have a number of loop holes which will make it useless.