Self Learning OR Tarot Classes?

Do we have it in us to learn the tarot all by ourself or do we need professional help? 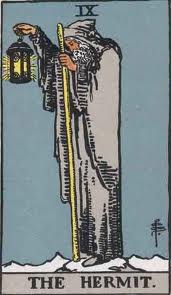 Tarot is a self-realising tool, but some guidance is always welcome in the early stages. I entered the world of tarot when I was just 14. I first experienced tarot when my aunt did a reading for me. I was a big fan of Linda Goodman’s books and was fascinated by astrology and numerology. So I thought this was another thing that was ‘cool’ that I could learn to do. I borrowed a couple of books from my aunt and bought a tarot deck and I was ready to begin. Things were great initially. My readings were very accurate and I was growing confident day by day. The only problem that I realized after about a year was that I didn’t know the name of my deck. The deck only had the word ‘Tarot’ written on it. And the other problem I faced (it didn’t seem like a problem at that time since I was in school and we were so used to cramming for exams) was that I literally mugged up the meanings of the cards from the books and was quoting the book like a parrot! And I thought I was a great reader!  Things dawned to me much later on that the meanings of the books were not cast in stone. The way I looked at the tarot changed dramatically when I finally purchased the Rider Waite deck. That’s when I realized my original deck had eaten up all the symbols and the pip cards specially had no pictures, just 10 swords  or 5 cups placed on the card.
Only after I bought the Rider Waite did things start making sense to me. I had heard of this deck, but never bought it because I was so stubborn and hell bent that I was right and that I was an amazing tarot reader that I couldn’t be less bothered about what other people out there were doing. I was just like The Fool, ignorant, and innocent and on my own merry trip. This brings me to the question, "Should one learn tarot on their own or join a class and learn from a teacher?"

In these 12 years, I have always wondered if I would’ve been better off if I had learnt tarot from a professional. Today, when I see the smiling face of my tarot students,  I realize the answer. When I was their age, I was confused but too scared to admit it. When you’re all on your own, you begin to doubt your abilities and I went through a phase where I didn’t believe in myself. When you learn on your own, there are so many tarot decks and books out there that it is difficult to choose the right one. There are so many authors who believe in different things- some do reverses and some don’t, some don’t do readings at night or when they’re sick and some claim to have the best readings when they’re sick and dazed! All this can be confusing to a beginner. Half of these books would scare away an amateur. To learn anything, you must seek the help of a guide because half knowledge is more dangerous than no knowledge.
From my own experience, I feel the first step is very crucial. Initially I was so frustrated that I wanted to give up tarot all together and my deck would gather dust for months. This was all because I was too stubborn to ask for help and thought that I could do it by myself. I eventually managed on my own, but what I learnt in 3 years, I could’ve learnt in 3 months with correct guidance.  Today, I have no regrets but my experience has made me help many tarot beginners. I have also started teaching tarot to stop people from making the same mistakes that I had made. One just needs to know the basics, and then from there the real journey begins, like the Fool’s journey.
While learning and exploring the tarot, we explore our inner selves and that cannot be learnt from anywhere. Once you receive the gift, it is up to you how you use it. You could either nurture it and make it grow or you could forget about it and keep it locked in a cupboard. Tarot is simple because it is something we already know, it’s a part of our subconscious and the archetypes are part of the collective subconscious. Once we know that, its so much easier from there and it becomes our best friend.
The tarot teaches us that the innocence of the Fool should be balanced by the wisdom of the Hermit. Only when he shines his bright light upon us, can we be truly enlightened.  The  Hermit guides those who are lost and confused and brings them on the right path and shows them the way.

Email ThisBlogThis!Share to TwitterShare to FacebookShare to Pinterest
Labels: self learning, tarot class