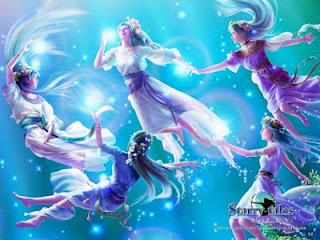 We all have heard of fairies. They have been associated with a number of things, and people think differently about them, based on what they hear. I first started believing in fairies a long time ago, when I was a child. I read a number of Enid Blyton books, and they always had fairies, pixies, elves, gnomes and garden trolls as protagonists. In these stories, often children would be able to have adventures with these pretty creatures while the boring adults would be fast asleep. What fun! I really started feeling that these fairies exist. I am a believer, so I believe in everything. There is no smoke without fire, and I like to believe that there is some amount of truth in everything that someone or the other believes. Anyways, along with Blyton's books there are many fairy-tales that we listened to and read as a child. Stories included fairy godmothers, witches, magic wands, potions and creatures of Never-never Land. To some extent, there has to be some amount of truth to these stories. 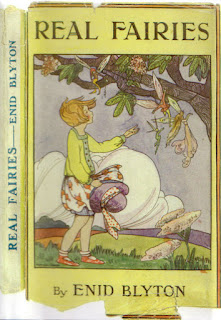 About a few years ago, I was introduced to the world of Doreen Virtue's books. She wrote a number of books about spirituality. I remember the first book I was attracted to was called ''Healing with the Fairies''. It was a story about how she saw fairies in her garden and they helped her find her soul mate, Steven Farmer. It is amazing, that in 'real' life we are hearing about fairies being seen in gardens. She says a number of things about fairies in her books. These fairies are found in gardens, in and around plants, trees, greenery and nature. They are fond of gardeners and those who love the environment. If you call upon them, they can help your garden bloom beautifully. Where ever you see mushrooms (which are their houses!) they are sure to be around there somewhere. So who are fairies? They are nature angels who are always ready to help you. In an interview with Doreen Virtue taken from another website www.healyourlife.com, she answers basic questions and myths about fairies.

Q.  Are fairies mischievous pranksters?
A.  Fairies, like all humans and other Earth-dwellers have egos. That means that they don’t automatically love everyone unconditionally as the egoless angels do. Fairies are very loving beings, but they favor people who treat the environment and animals kindly.
Since fairies play tricks on those who mistreat nature or animals, they’ve earned a reputation for mischief. Fairies also love parties, playfulness, dancing, and music. As these behaviors have been frowned upon at various times in our societal and religious history, these beings have also been denigrated.
Q.  Are fairies real, or are they mythical?
A.  Fairies are as real as you and me. They’re as real as angels. Yet, only people who believe, are open-minded, or have a pure heart can sense or see them. Fairies are very shy and sensitive beings who hide from harsh environments or people. So those who are prone to skepticism can’t see or feel the fairies.
Cultures also have an influence on people’s acceptance of the fairies. In the United Kingdom (especially Ireland and Scotland), Australia, Polynesia, and other countries, there’s a widespread belief in fairies and elementals. The countries that treat nature and animals with the most respect also tend to have the highest belief in fairies.
Q.  Where can I find fairies?
A.  Fairies live wherever there are plants or animals. They live near houseplants and pets. However, they’re especially fond of the wilderness. They don’t like pesticides or tightly manicured gardens.
Q.  A psychic told me that she saw fairies around me. What does that mean?
A.  Some people have fairies as spirit guides. Fairies stay with people who have a life purpose involving environmentalism or animals. You can ask the fairies for guidance about how to help the earth. In addition, fairies help us lighten up and be playful.
Q.  Are fairies fallen angels?
A.  God made fairies as the angels of nature. They’re beings of pure, Divine light and love with an important mission of healing and protecting the environment and animals. Like humans, fairies have egos. So they’re not unconditionally loving like the celestial angels. However, fairies are kind and fair.
Q.  Can you trust fairies? Do they ever harm people?
A.  You earn the fairies’ respect by extending kindness toward Mother Nature. Recycling, using Earth-friendly cleaning supplies (available at any health food store), and donating to environmental causes are just a few of the behaviors that fairies look for in their potential human friends. Once you earn the fairies’ respect, they’ll do anything for you.
Fairies don’t harm people, but they can play tricks on those whom they view as cruel toward animals or the environment. Sometimes they play mild practical jokes (like temporarily hiding things) on people they love as a way of being playful.
Q.  Can fairies become human, or vice versa?
A.  Some people who look like fairies, gnomes, leprechauns, mermaids, and pixies are elemental souls who’ve elected to have human lives so that they can help the environment and animals in a big way. I’ve written about this topic in my books Healing with the Fairies,  Earth Angels, and Goddesses & Angels.
Q.  Is it true that fairies or leprechauns can bring you a pot of gold?
A.  Many people report that the elementals help them with finances. While the fairies and leprechauns usually don’t bring literal pots of gold, they do bestow good fortune upon those humans whom they favor. This is one of many reasons to make friends with the fairies.
---------------------------------------------------------------------------------------------
To learn more about fairies you can read some books by Doreen Virtue such as:
1. Fairies 101
2. Healing with the Fairies
or use Oracle decks by Doreen Virtue such as:
1. Healing with the Fairies Oracle cards
2. Magical Messages from the Fairies Oracle cards
You can also connect to the fairy realm by using Oracle cards and Tarot decks with a Fairy theme such as:
1. The Fairy Tale Tarot by Lisa Hunt
2. Tarot of the Celtic Fairies by Lo Scarabeo
3. Inner Child Cards
4. Fairy Ring: An Oracle of the Fairy Folk
There are many others which can be found HERE 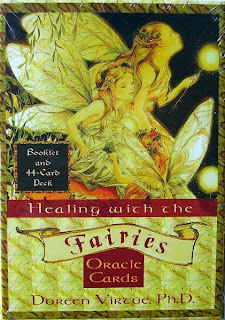 To celebrate the month of July as Fairy month, I will be removing the Daily Card of the Day from my 'Healing with the Fairies Oracle cards' and 'The Fairy Tale Tarot'. Fairies always encourage you to have fun, and they often play games at night when no one is watching! They love to sing, dance and party! They love the environment and encourage you to play outdoors and spend more time with flowers and their butterfly and dragonfly companions. Read out fairy stories to your children and make them believers! 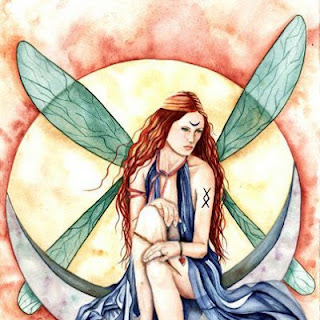 Card of the day Sword Make the change

Card of the day   Sword  Make the change  Don’t be afraid to make a change and try something new. It could be a new haircut or a new chang... 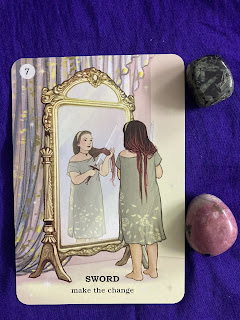