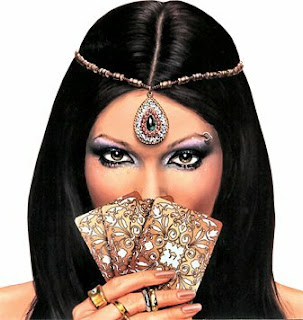 These are my two loves : Bollywood movies and Tarot cards. I thought today of a unique way to mesh them together. How about creating a fictional deck based on Bollywood, (I have never seen any !) though there are many decks out there including decks based on Buffy the Vampire Slayer, The Simpsons, Star Wars and even Lost. Though these decks do not usually get published due to copyright reasons, fans make fictional decks to extend their knowledge and pay a tribute to their passion. I have come up with 22 Bollywood movies which fit the 22 Major Arcana cards. I have tried to take up those movies which India is proud of to showcase our best films to anyone around the world whoever is seeing this. Please watch these films.Some of them are classic masterpieces. Some are masala entertainers. Some are old as gold, and some belong to the new generation. The variety in our films is a great foundation for Tarot and I am looking forward to this journey. This is also a great opportunity for those who are addicted to Bollywood, to understand Tarot in their language. Tarot is not some mumbo-jumbo and is open to imagination and interpretation.

Welcome to the mystical and magical world of Bollywood!